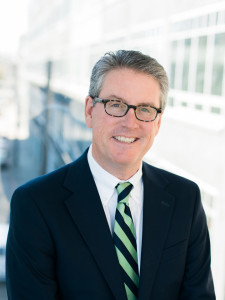 Tom Merrick focuses his practice on the areas of commercial litigation, products liability, school law and professional malpractice. His commercial litigation practice includes substantial involvement with copyright, trade secret, breach of contract and real estate matters. In the products liability area, his clients have included manufacturers of heavy equipment, electronics, pharmaceuticals, medical devices, and consumer products. His experience includes work with both public school districts and private schools in personal injury claims and other liability claims. Mr. Merrick’s professional malpractice work includes the defense of physicians, pharmacists and attorneys in claims of alleged professional negligence matters. He has also assisted professionals in disciplinary matters and administrative hearings, and has served as West Coast and national coordinating counsel for manufacturers.

Mr. Merrick has successfully tried more than 60 jury trials and over 100 bench trials to verdict in the state and federal courts of Washington. He also advises clients on effective strategies for avoiding litigation, including arbitration, mediation and other alternative dispute resolution methods.

Mr. Merrick is a member of the American Board of Trial Advocates, AV-rated by Martindale-Hubbell, included in “The Best Lawyers in America” since 2007, included in Super Lawyers of Washington’s Law and Politics since 2008, and listed among Seattle’s “Best Lawyers” by Seattle Magazine. He was awarded Defense Lawyer of the Year in 2011 by the Washington State Defense Lawyers Association. He is a past President of the Penguin Ski Club and past President of The Friends of St. Patrick.